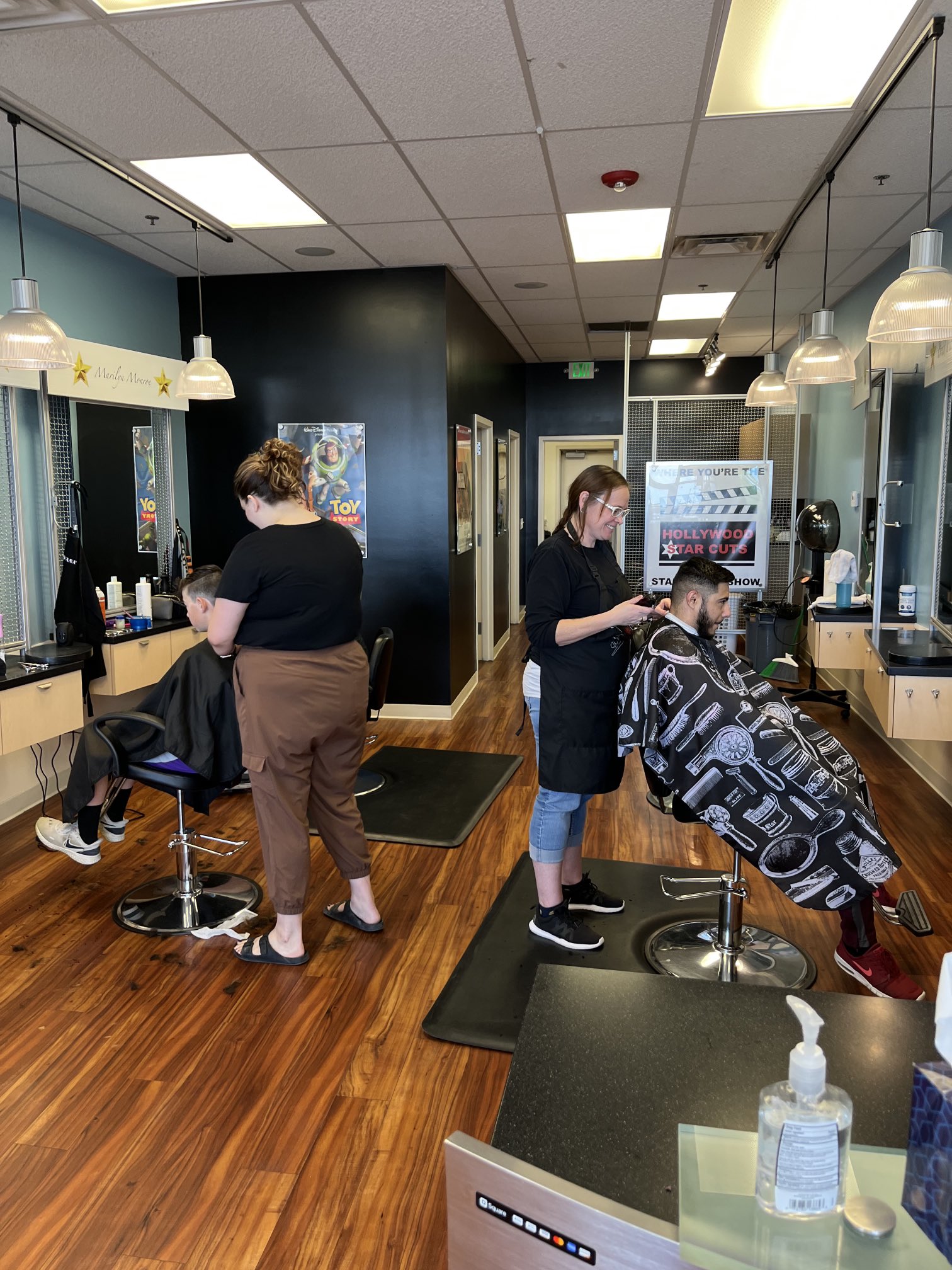 Starting Monday, October 17th, Hollywood Star Cuts will be offering each of its adult customers a choice of 1 glass of beer or wine. They are currently offered a complimentary bottle of water or a variety of soft drinks. The expanded options will enhance the Movie Star Experience.
The customer can enjoy the adult beverage while waiting for their stylist or while they are waiting for their procedure, such as a color or perm, to be completed. The client must be 21 years of age or older. The client must consume the beverage in the Hollywood Star Cuts location and the customer can receive only 1 complimentary alcohol beverage. Hollywood Star cuts will be utilizing a variety of local Micro-Brew beers as well as red and white wines. Hollywood Star cuts cannot offer alcohol for sale. The alcohol beverages must be offered as a complimentary service to persons of legal drinking age.

Hollywood Star cuts intends to expand this enhanced experience to all its future franchise locations where it would be permissible by law.

On Thursday, October 13th, construction of Texas’s first franchised Hollywood Star Cuts will begin in Ft. Worth, Texas. This Texas store will be in a 1,200 square foot location. It will feature all the outstanding services, including tanning, that is currently available in the Idaho locations. This venue is in a high traffic area with many popular retail businesses in the area. The location is flanked by a National Coffee chain and a Major Grocery Store chain ensuring constant foot traffic and instant awareness.  The Hollywood Star Cuts location is expected to be fully operational in approximately 45 days. Hollywood Star Cuts, working closely with the Company’s franchise partner, expects to open three (3) locations in the area through 2023. Hollywood Star Cuts will be seeking to expand throughout other areas of Texas rapidly.

More details will be released as they evolve.

All American Gold Corp. invites the public to follow us on Twitter @HStarcuts as most updates and communication will be conducted there.

Forward-Looking Statement Any statements made in this press release which are not historical facts contain certain forward-looking statements; as such term is defined in the Private Security Litigation Reform Act of 1995, concerning potential developments affecting the business, prospects, financial condition and other aspects of the company to which this release pertains. The actual results of the specific items described in this release, and the company’s operations generally, may differ materially from what is projected in such forward-looking statements. The company disclaims any obligation to update information contained in any forward-looking statement. This press release shall not be deemed a general solicitation.