Mr.John O’Shea, Chairman-Cyios Corp & Director-Immortals Group stated “Last week’s New York Comic-Con 2022 was fabulous forum and terrific event for the launch of the Slam-Girl franchise and the first drop of the Slam-Girl Genesis NFT Collection which made its debut on eBay Digital Collectibles in collaboration with Oneof.  With Slam-Girl stationed inside the massive eBay Digital Collectibles booth with Slam-Girl signage along an entire outside wall of the double decker booth, NY Comic-Con featured numerous events highlighting Slam-Girl, including a live drawing session with co-creator Will Meugniot as well as a live signing session of the Slam-Girl villain wanted posters where fans were able to receive the collector’s edition signed by Will and Shirrel Rhoades – former Marvel Comics Publisher.  In addition, it was truly exciting to see Slam-Girl on the big lights of NYC Jumbotrons near the event.” 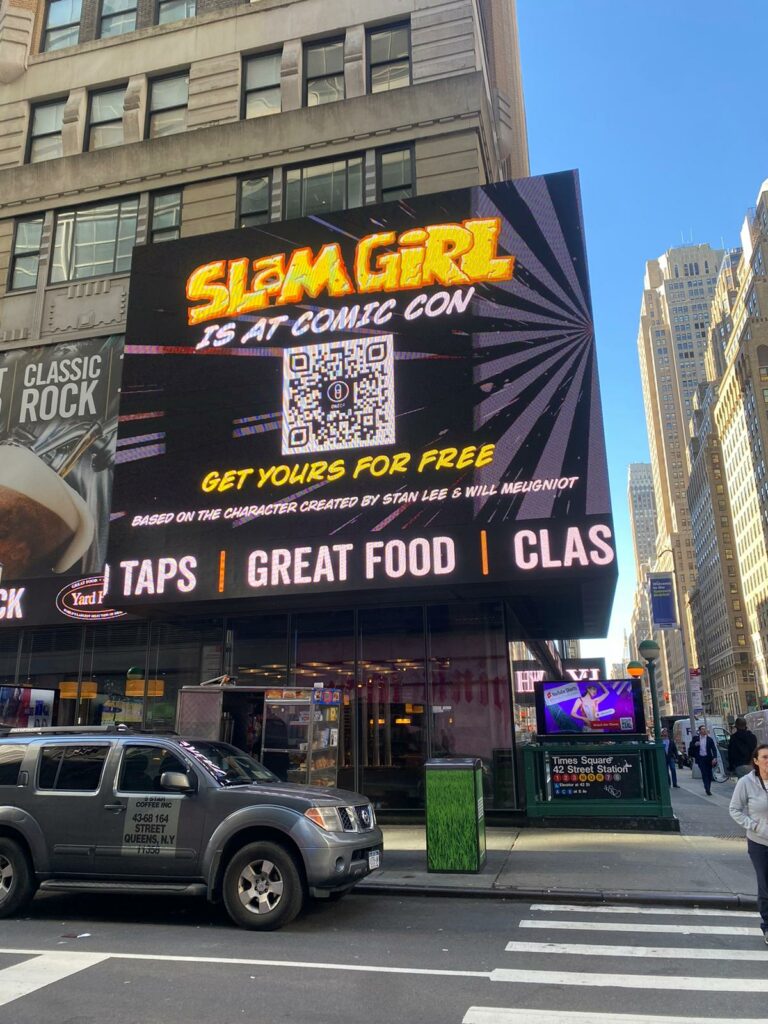 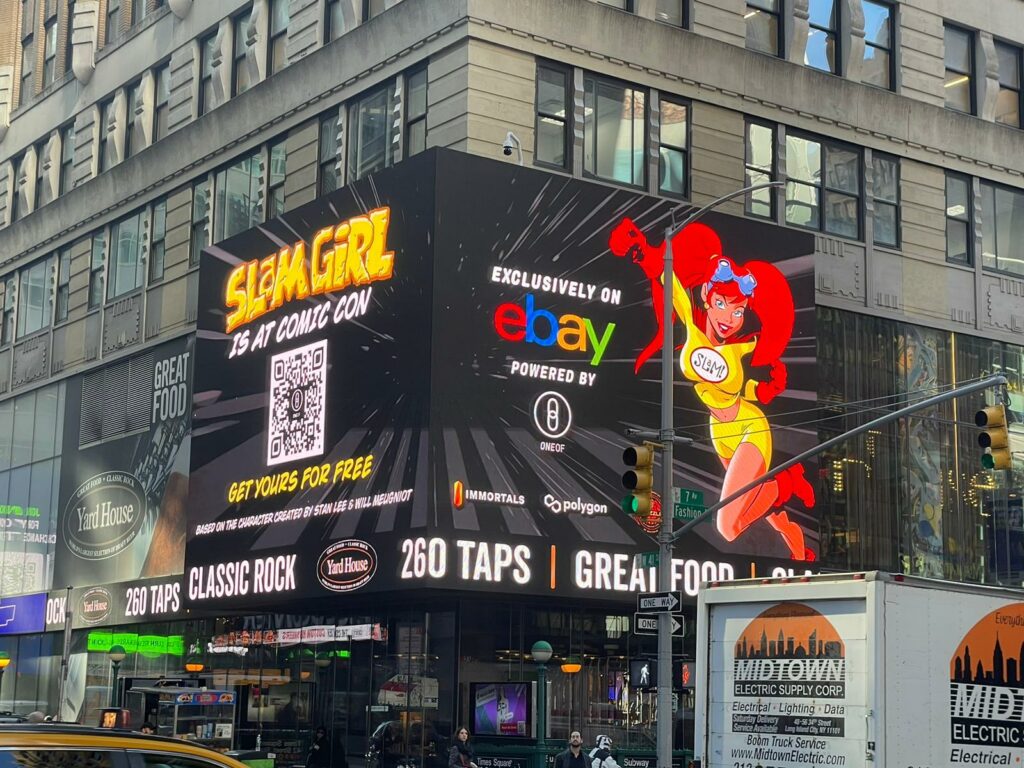 We look forward to closing out this year on a strong note with multiple drops on the roadmap for Slam-Girl as part of the Slam-Girl Cyberspace NFT collection including; the Genesis Collection Drop #2, Origin Story Digital NFT Comic book with the Slam-Girl original webisode turned into a digital NFT comic book, and the Generative Collection, all anticipated to drop before year’s end. We are also working on some exciting partnerships that should enhance building community as well as add an exciting play to earn gaming utility, this year, where players will be able to engage Slam-Girl in epic battles with other super-heroes and villains” concluded Mr. O’Shea.

Slam-Girl reveals a little-known superhero created by legendary comics creator and Marvel founder Stan Lee, and famed comics artist and Spider-Man Unlimited, X-Men and Captain Planet producer and director, Will Meugniot. Slam-Girl, a parody of Spider-Man, is a 20-something young woman whose encounter with a sentient radioactive Old Spider Bite Lite Beer imbues her with an array of superpowers she reluctantly embraces.  A free green-tier commemorative NFT featuring the Slam-Girl character card is available to fans worldwide now at OneOf.com/SlamGirl.

The Slam-Girl Genesis Collection will be released in a series of drops, produced by SCUZZLE-SLH, LTD, developed in collaboration with investment/funding partner Immortals Group and curated by former Marvel comics publisher Shirrel Rhoades. The first drop will feature a variety of scenes featuring Slam-Girl fighting four of her nemeses from The League of Evil Bastards — villains also designed by Stan Lee and Will Meugniot. Each “Battle Card” NFT will come in three different designs and rarity tiers, “Gold”, “Platinum” and the animated “Diamond” tier. Four additional animated villain Wanted poster NFTs will be available for purchase exclusively to fans who visit the eBay booth at New York Comic Con. Those who purchase one of the event-exclusive NFTs can also take home a free Slam Girl “Wanted” poster (1 of 4) autographed by Slam Girl creative team Will Meugniot and curator Shirrel Rhoades.

About Immortals Group, Pty Ltd
Immortals Group works with IP owners to design, produce, market, sell unique collections of NFTs including the development of NFT roadmap & whitepaper, with NFT utility as well as building of the community designed to establish the brand/IP with a robust secondary market. The Company is based in Australia and is a wholly owned subsidiary of CYIOS Corp, a US public company (ticker: CYIO). Immortals has teamed up with Hong Kong-based SCUZZLE-SLH Ltd, a company that acquired the creative assets of Stan Lee Media, Stan Lee’s Hollywood-based animation studio

Deeply committed to a sustainable and inclusive blockchain future, OneOf is the green Web3 company connecting the next 100M non-crypto-native fans to iconic brands, artists, and athletes. OneOf removes the technical frictions of Web3 by giving fans the option to pay for their NFTs with credit/debit cards or any major cryptocurrencies. Minting an NFT on OneOf’s platform uses up to 2 million times less energy than proof-of-work networks, and for its users, purchasing NFTs costs $0 in blockchain gas fees. A leader in diversity, over 80% of the collections curated by OneOf come from minority or female creators. For more info visit https://www.oneof.com