Vampirella has become (and as of 2022 remains) the longest-running English-language vampire comic book of all time, its latest run, helmed by Christopher Priest (Black Panther), is its most successful yet, with more issues sold in its 50th anniversary than any previous year and it continues to gain momentum in popularity as new readers discover Vampirella’s timely storyline. 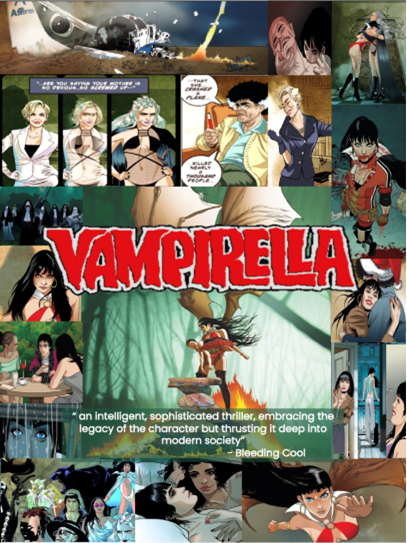 Vampirella is a character who has continually evolved, having been drawn by dozens of artists in hundreds of issues published over the last 50 years, including her most recent record-smashing incarnation helmed by Marvel and DC veteran Christopher Priest (Black Panther, DeathStroke) https://www.comicsbeat.com/christopher-priest-celebrates-vampirellas-50th-anniversary-with-a-new-series/.

As Priest stated upon launch of the highly successful 2019-2021 series: “Vampirella’s supernatural abilities are a metaphor for a universal human condition, for being either rejected or idealized (or, in the case of our series, both) because you are different. Anyone who’s ever moved to a new town or a new school or taken a new job should be able to identify with Vampirella’s challenges.”

Following the recent announcement of their intent to join forces with Sack Lunch, Mark Newbauer, Arowana CEO, commenting on the post Covid emerging media and entertainment industry, said “Covid announced to everyone that this has become a cinematic universe, with tremendous for video streaming and diversity-based content creators and producers, together with owners of legacy and emerging media intellectual property rights.  In joining forces with Sack Lunch, we believe that significant opportunities lie ahead for us to jointly exploit the trends emerging from Covid and other global socio-economic events over the last 3 years, led by companies such as  HBOMax, Disney+, Peacock, Apple TV+, Netflix, Amazon, Hulu and others, to capitalize on the shift away from big studio productions in favor of geographically and socially localized events and content, both streaming and in print.”

“Anyone who wears their hair a different way, listens to a different kind of music, embraces a different religion, anyone who steps outside of or gets shoved outside of the so-called “mainstream” can identify this latest run on Vampirella. I hope it is precisely this universality of theme that helps broaden her audience; the Vampirella tent is large enough for everyone.” 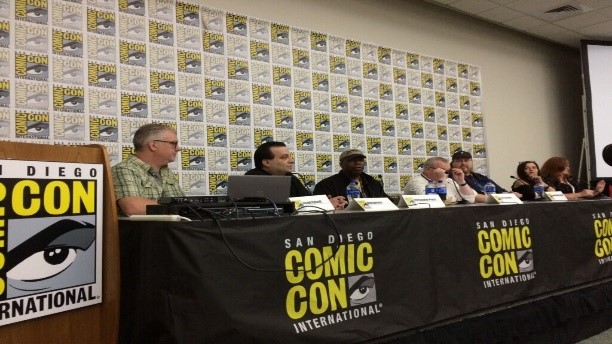 According to media industry sources, over-the-top (OTT) video saw global revenue surge by 26.0% in 2020 and is expected to keep rising strongly in the coming years, almost doubling in size, expected to grow from US$46.4 Billion in 2019 to US$86.8 Billion in 2024.

In making the announcement Richard Surber, Sack Lunch CEO, said, “While we workout the terms of our purchase of the 45% interest in Arowana, we have jointly decided to begin test-marketing the Arowana IP portfolio by exposing the Arowana properties to our licensees, event, YouTube and social media platform followers to try to determine the best way to package and deliver our combined properties.”

Sack Lunch Productions, Inc. (OTC PINK: SAKL), is an action-oriented events and entertainment company which, historically, has provided events aimed at bringing families, friends, and communities together through the licensing of its event titles and trademarked media, together with corporate hosted and managed events across the U.S. and Canada. The Company has developed a large and diverse base of over 2,000,000 social media followers who participate in local venues and follow the Company’s licensee-hosted and Company-hosted events and broadcasts. The Company holds trademarks and rights to operate several events which include: The Dirty Dash, Color Me Rad, Slide the City, Trike Riot and The Lantern Fest: www.colormerad.com and www.dirtydash.com.

Arowana Media Holdings, Inc. (www.ArowanaMedia.com ) is an media intellectual property acquisition and development company with a portfolio of media titles, focused on utilizing its current and other targeted media IP to be acquired, incubated and ultimately produced and released in the global entertainment marketplace in the form of streaming film and television broadcasting, published content, and AR/VR. Arowana currently has an effective Registration Statement filed under Regulation CF to raise up to $1,070,000 in working capital. https://arowanamedia.com/invest/