Carson City, NV, August 22, 2022 — McapMediaWire — Zicix Corporation’s (OTC Pink: ZICX) operating company, CTIP First Investment, Inc. (CTIP-FII), has accepted an award for the $300 million road project planned to be built in Liberia. The project will span more than 200 kilometers and connect the cities of Buchanon, Cestos, and Greenville to greatly reduce travel time and transportation costs for the coastal highway.

The project was approved by Zicix Chairman William Petty and will be developed by CTIP-FII in conjunction with AIC Progetti, SpA, an engineering consulting firm based in Rome, rated by ENR as one of the largest engineering companies in the world. AIC Progetti has completed two comprehensive feasibility studies for the road project.

The public road project is briefly described as follows: 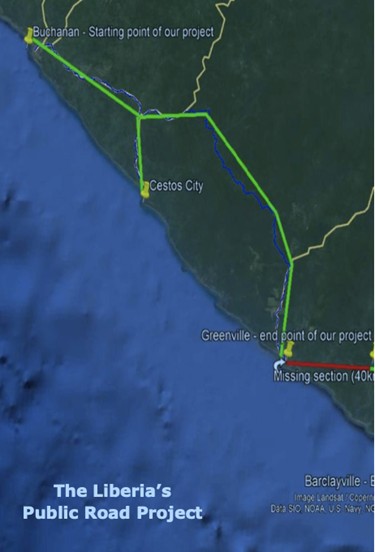 The proposed route covers about 238 km, with an additional distance to be determined at a later date. The estimated project cost for the first two stretches of highway will be approximately $318 million.

Currently under construction is the road from Buchanan to Greenville, with an additional road to Cestos City. The remaining highway portions will begin development soon. Once completed, the public will benefit from the reduced travel time as well as the ease of transport for goods to different provinces and municipalities in the southeast region of Liberia.

Zicix Corporation (OTC Pink: ZICX) Originally founded as a service provider to the Healthcare industry, the Zicix Corporation has recently been restructured with the intention of acquiring and developing technology applications designed for service companies in consumer, retail and other industries.

CTIP First Investment, Inc. (CTIP-FII) is a private investment and project development company, involved in undertaking development projects for both the Government and the Private Sectors respectively. CTIP-FII designs and brings the right financial engineering to project owners and creditors to fund development undertakings and permanent mortgage. www.ctip-fii.com