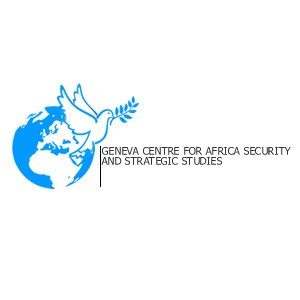 London, March 17, 2022 — McapMediaWire — The AACSED, AUCC, Diplomatic Trade Ltd., The Geneva Centre for Africa Security and strategic studies issue a joint communiqué calling for the Vatican as an arbiter of Peace and De-Escalation between Ukraine and Russia:

Today, the world is at a crossroads between peace and potential global conflict.

The great powers and the lesser countries, are trying to find solutions to each other’s differences, in order to find a road, that leads toward peace and stability again, across the global geopolitical landscape.

The primary countries in the current conflict, Ukraine and Russia, have placed the medium and other great powers, in a position of complexity and instability.

Some countries, have been pushed into a corner and others given leave, to try their own reach, for self-interests, or aspirations of dominance.

The solution to any major conflict, that requires de-escalation, lies primarily in the quality and credibility of the main negotiator – the negotiating entity, whether it is an individual, of notable acclaim, or a country, or some other, institution.

It must have the “neutral credibility” to withstand any inference of partisanship, in order to be effective in today’s complex, global World.

In Particular, in this context, the Vatican and his Eminence, the Pope – stands out above many of the others as far as neutrality creditability as unbiased.

The sovereign Vatican state, stands out – with respect to these necessary characteristics, which are critical to achieve any success, or real a real Peace/ de-escalation.

By virtue of a public announcement of the Vatican Secretary of State last Saturday, and afterwards, 2 statements of the Pope regarding the conflict between the Ukraine and Russia – we put forward our support and Lobby, both morally and otherwise, for the concept of the Vatican, being the new primary negotiator between the Ukraine – Russia, China and the other great powers – together with the other stakeholders/countries in the region.

The recent announcement by the Secretary of State for the Vatican, is absolutely supported by our regional Council, of Retired Businessmen, Diplomats, notable personalities, subject matter experts, and lobbyists.

Further, we join our colleagues at the Arab Ukrainian Cooperation Council, in joint efforts, towards – pro bono Lobby and support, for the Vatican’s new concept and aspiration to become a credible interlocutor, between the conflicting parties.

We have great hopes, in their significant chances of success, both for de-escalation and for developing a lasting peace building formula, that the parties and stakeholders, would likely abide by.

Consequently, our organizations – non-governmental and philanthropic in their nature, strongly support the current aspirations voiced by the Pope and the Vatican’s Secretary of State – bringing forward communication channels and interlocutors, supportive of these aspirations, through legitimate back channels.

We have made inroads, for developing a comprehensive base, of Lobby support and have gained significant traction, for this important initiative.

We are currently reaching out to other stakeholders, as we have during the previous few days, such as The Geneva Centre for Africa Security and strategic studies (GCASSS) and former Italian Senator – Amato Berardi, Diplomatic Trade Ltd., our colleagues at the Ukrainian Arab Ukrainian cooperation Council currently operating from Poland and this week and we will seek out positive support at the State Department, through the office of his Excellency, the recently Confirmed and Appointed U.S. Ambassador to the Vatican, Mr. Donnelly.

We have reached out to our friends in the equestrian order of the church of the holy sepulcher Mr. Wageih Nusseibeh – and The Bishop of Gloucester – Rachel Rt. Revd. Rachel Treweek and others.

Together, we send out a clarion call, to stakeholders and notable personalities, to support Peace and to support the aspirations of the Vatican, to act as the most unbiased and trusted arbiter of Peace, having the most likely, chance for success!

Join our collective effort at building an international support base, across both nongovernmental and official government sectors, as the case may be.

The World cannot Gamble, at this moment in time, with the implications of further escalation, in the current crisis.

We remain seized in the matter of the Russian – Ukrainian conflict, as regional tensions across Europe and the wider international community, spin slowly out of control!

We implore the great powers, to take caution and wise counsel, to stand-down and not fall into the traps, present in this current situation, but rather, use it as an opportunity, to forge a lasting peace, starting with real de-escalation, Humanitarian support, peacekeeping and peace building.

This international conflict, has a direct impact, on every single person, on this planet and our children (and theirs!) Should things go wrongly and likewise, if we succeed (and should things go well), everyone, will directly benefit.

We conclude our joint public comments, by asking all affected stakeholders, to pay attention and support the aspirations of the Vatican’s governmental administration and infrastructure, in order to allow it to feel comfortable, as an invited negotiator, trusted and in good standing by everyone in the international community.

The Vatican and his eminence the Pope are the perfect arbiter, in this moment of potential global conflict, support their aspirations, and walk together with them, on the road to Peace and De-Escalation!