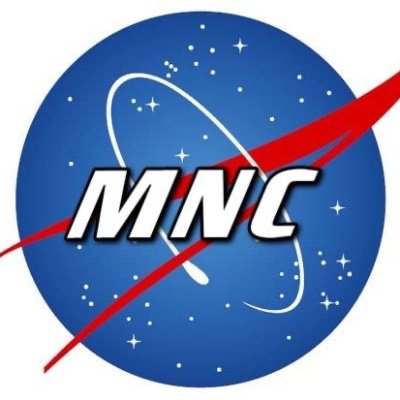 London, England, Feb. 25, 2022 — McapMediaWire — Net Savings Link, Inc. (OTC Pink: NSAV), a cryptocurrency, blockchain and digital asset technology company, today announced that the Company, in partnership with Metaverse Network LLC. (MNC) https://metaversenetwork.llc/ has launched the Jinbao NFT https://jinbaonft.com/ from the Jackie Chan film, “The Little Big Soldier”. The film’s main character, “DaBiNg”, also appeared in the animated film, “The Adventures of Jinbao“, which was released in the U.S. as “The Adventures of Panda Warrior” by Lionsgate.

Dato’ Sri Desmond Lim, Interim CEO and Senior Vice President of Cryptocurrency Operations for NSAV and Silverbear Capital partner stated, “We were very delighted when Mr. Cheung informed us about this project. We all love Jackie Chan, who is a Hong Kong-born Chinese actor, filmmaker, martial artist and stuntman, known for his slapstick acrobatic fighting style, comedic timing, and innovative stunts, which he typically performs himself. Jackie has been acting since the 1960s, performing in more than 200 films. He is one of the most popular action film stars of all time. We were all thrilled in 2016, after a 56-year career, Jackie Chan finally received an Oscar. The 62-year-old action star was awarded an honorary Oscar at the Eighth Annual Governors Awards at the Hollywood and Highland Center in Los Angeles.”

Eric Ma, Vice President of NSAV stated, “Just to expand on Desmond’s statement, Jackie Chan is one of the most recognizable and influential film personalities in the world, and he gained a widespread global following in both the Eastern and Western hemispheres. He has received stars on the Hong Kong Avenue of Stars and the Hollywood Walk of Fame. Jackie has been referenced in various pop songs, cartoons, films and video games. He is an operatically trained vocalist and is also a Cantopop and Mandopop star, having released a number of music albums and has sung many of the theme songs for the films in which he has starred. He is also a globally known philanthropist and has been named as one of the top 10 most charitable celebrities by Forbes magazine.  In 2004, film scholar Andrew Willis stated that Jackie was perhaps the “most recognized film star in the world”. In 2015, Forbes estimated his net worth to be $350 million, and as of 2016, he was the second-highest-paid actor in the world.”

MNC is a centralized App that transforms diversified users to decentralized universe DApps. It is a “playground” that supports both creators and users for access, allowing to create a link between the present universe and Metaverse to work together in harmony.  As Blockchain environments are dominating the landscape in the next era to come, MNC believes token ecology is essential to access the new era community and to operate in the decentralized economy. MNC will go public in New York in Q1 2022.

Disclaimer: The information provided in this press release with regards to Jackie Chan and the related films, were solely prepared and provided by Metaverse Network LLC.

NSAV’s vision is the establishment of a fully integrated technology company, which provides turnkey technological solutions to the cryptocurrency, blockchain and digital asset industries. Over time, the Company plans to provide a wide range of services such as software solutions, e-commerce, financial services, advisory services and information technology.

The NSAV corporate website can be accessed at http://nsavholdinginc.com

The NSAV Premium OTC Crypto Trading Desk website can be accessed at https://nsavholdinginc.com/otc-desk/

The NSAV Centralized Cryptocurrency Exchange (CEX) website can be accessed at https://ex.nsavexchange.com/main

Silverbear Capital Inc. (SBC) has a dynamic of disciplines on a broad commercial level and practice. SBC has a strong group of Partners in a wide range of disciplines with seasoned experience in finance, management, and professional practice. https://www.sbcfinancialgroup.com.hk/meet-our-team/.

Disclaimer: Silverbear Capital Inc. does not constitute investment advice, or an offer or solicitation to sell, or a solicitation to buy, or any other investment product (nor shall any such shares or product be offered or sold to any person) in any jurisdiction in which an offer, solicitation, purchase or sale would be unlawful under the securities law of that jurisdiction.